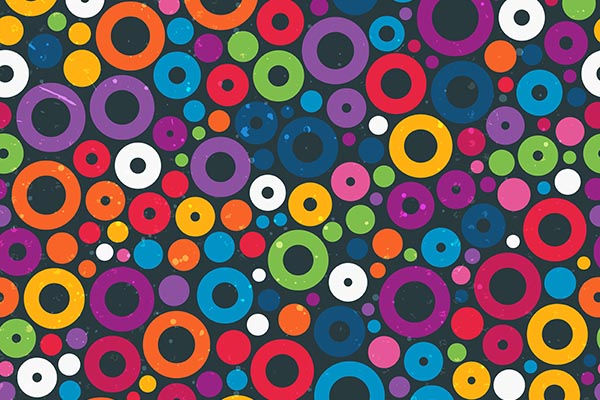 Introduction
Individuals with Disability Education Act (IDEA 1996) USCmandates that related services are provided by the Local Educational Agency (LEA) for children with special needs. Children with autism and Asperger’s Syndrome lack Social Skills and this deficit seriously undermines efforts at Inclusion. In the US it is a hot bed of disagreement as to who should be the competent authority (special educators/regular educators/speech and language pathologists/counsellors/parents/peers) to provide Social Skills training to children requiring it and the setting (school, therapy room, play ground or home). It is evident that there is no “one size fits all” approach or a simple solution, compounded to the fact that one needs to quantify the outcome in measurable terms to justify funding. Teachers themselves decline to take on the added responsibility saying that they teach subjects or language and do not have the requisite certification, this disinclination can be attributed perhaps to the fact that they belong to a highly litiguous society.

Children with autism or Asperger’s Syndrome even when linguistically competent display poor pragmatic skills, which lead to deficits in socialisation resulting in social isolation and depression. Social Skills instruction does not figure in regular education curriculum and in special education only the rudimentary skill (cocktail talk) is covered. Since children with autism and Asperger’s Syndrome are poor in generalisation and transfer, Social Skills instruction should not be restricted to school alone, nor the sole responsibilty left with teachers.
Institute for Remedial Intervention Services (IRIS) propagates Inclusion, so far 28 children with autism/Asperger’s Syndrome ages ranging from (24 months – 17 years) have been schooling in Regular or Integrated schools with supported services, in Chennai. In the preschools the peers are used as “cotherapists”to teach “what to say when and how”to children with autism, whereas the adolescents who needed training received it from special educators or mentors in a drill format (one-o-one) and later practised in real life.

I would like to outline some specific areas that were considered for intervention and share the strategies that worked with the children. Names are changed and incidents altered to protect the identity of the children and the families.

Social Skill Curriculum
Deficits in social skills affects a child’s emotional well being which might lead to problems in academic achievement as well (Mercer &Mercer 1998). The three ares are interconnected, however no one assessment instrument can address all the areas adequately. The parents, siblings, teachers, peers and the child herself/himself can furnish information about the functional level of the student. Direct observation is another valuable data gathering tool, it must be done in areas that are nonacademic and triangulation involving all the concerned people should be done to get an accurate baseline. Older students can complete a checklist that present a strength and weakness profile.

Assertive communication.
Area assessed: Conversation skill
Children are usually assessed in a social setting, in majority of cases in the child’s home. At the linguistic level the child’s vocabulary, length of sentence (Mean Length of Utterance-MLU) conjoining devices (usage of and, but) descriptors, prepositions etc are elicited in a play format. At the conversational level it is assessed whether the child can ask a question, make a statement, maintain a conversation by taking turns, yielding a turn, and the number of such turn taking attempts. How does the child make opening statement, can s/he close a conversation, does the child appear rude in tone, or in words? Does s/he disagree appropriately? Is s/he aware of topic change? Does s/he persevere on pet topic? It is very important to elicit a fair sample of spontaneous communication, taking care not to dominate the conversation. Whether the child posesses the skill to interpret non verbal communication of the partner and displays appropriate body language; eye gaze, affect and maintainance of physical distance are noted.

A child of five years was taught to share snack wih others and request nicely, instead of using the grabbing gesture. To make a request was later transferred to play ground and neighbourhood park when the child needed a turn at the swing. An older child was taught not to touch other people; especially from the opposite sex. He was a compulsive hugger, when we analysed the behaviour we found that teaching him not to hug or allow him to hug was not the answer to the solution. The social hierarchy had to be taught in a visual manner that he understood. Concentric circles were drawn and the child’s photo/name kept in the innermost circle, thereafter we gave green colour coding to denote all those people whom he could hug without getting permission, this included his immediate family. The next circle was given yellow colour; where names of people with whom he interacted on a daily basis were written, he could hug them if after asking they replied in the affirmative, the last circle was given red colour which had names of people to whom he should not even ask the question. The child internalised the lesson and then remarked to the tutor that even though the teacher was not in the green circle he wanted to shift him there because he liked him a lot and wanted to hug!

Direct and indirect speech
Pragmatics of communication is internalised by children by age six onwards. It must be remembered that linguistic competence is one aspect of it, which varies from language to language. To use a politer and respectful language to elders and people in socially higher strata is learnt within context. In the Hindi language there are three variants for YOU, in Tamil the suffix denotes whether respect is given or the term is used in a derogatory manner. Usage of direct speech; I am hungry, I want, give me etc and indirect speech to tell a guest she has overstayed, or terminate a long telephone conversation are not mastered by children with Asperger’s syndrome. It has been observed that they use the direct speech when indirect speech is required and vice-versa.

Communicative competence involves correct usage of body language, personal space, affect, voice modulation etc which can be very culture specific. In some culture showing emotions on the face amounts to losing one’s face, in another gesticulating with hands while talking is not appreciated, yet another culture inculcates the value of not making direct eye contact while addressing members of the opposite sex, there are unspoken rules as to the body space one has to keep. Children with autism/Asperger’s Syndrome need explicit training to master these concepts.

Making friends
Children with autism and Asperger’s Syndrome appear rude, they really do not do so knowingly, they do not understand sarcasm and pun, this is attributed to “Theory of Mind”ie the inability to understand another person’s thoughts and feelings. When the class teacher of grade 7 was absent the children were making teasing remarks about her which the student with Asperger’s Syndrome considered wrong as he was taught that one must respect teachers. When the teacher returned he promptly reported the matter resulting in the teacher sending the students to the principal for punishment. The class peers threatened to kill the student, the reamark was taken literally by the student. He did not understand the state of mind of his friends! It is advisable to sensitize the peers in class about the special needs of the child in question. One student in his late teens was attracted to girls in the class but he did not know the social nuances of making friends. Had he been instructed in this aspect he could have been saved of the unpleasant consequences of his not keeping appropriate social distance.

Understanding the Hidden Curriculum
A school is a mini society, one needs to understand the social Do’s and Don’ts to function efficiently. Juniors are ragged, there will be school bullies whom one would avoid, personalities of teachers and their varied expectations etc. These are learned outside the class room, unless the child is paired with class buddies there is very little chance of his learning these aspects. A student who tattles about his peers to authority does not have any chance to win friends or master the hidden curriculum.

Assertive Communication
Voice modulation is an area that is untackled by teachers. One family informed me that when their son disagreed or had to argue he chose wrong words and used a rude tone. To tackle this problem the mother tried using the same tone to him, but it did not work as he still could not hear himself speak. So they discussed it as a family and tried to tape his voice so that he could play it back. To supplement this training I suggested we teach him what is a rude statement and an OK statement (Freeman 1997). It is still too early to report the result.

Social Stories were made popular by Carol Grey who used written text and stick figure cartoon to teach social do’s an don’t’s to children lacking in pragmatic skill. She used visual pictures to teach children when to interrupt, how to sing in chorus, to wait in line, when the bell rings what to do etc. This strategy helps in working with children in a sensitive, indirect manner. However credit needs to be given to the original social stories that date back to 200 B.C.

Original Social Stories: The Five Books of Wisdom for Children
The original text of the Panchatantra in Sanskrit was written in 200 B.C by a great scholar and a teacher named Pandit Vishnu Sharma. Some of the tales must be even older dating back to the period of Rig Veda and Upanishads(1500 B.C to 500 B.C). This compilation is considered as the oldest collection of Indian Fables. Pancha = 5, Tantra=Strategies. The stories teach, how to understand people, how to choose reliable and trustworthy friends, how to meet difficulties and problem solve through wisdom and tact and how to live inpeace and harmony amidst hypocracy, deceit and cunningness.

Once upon a time there lived a wise king named Amarshakti (Eternal Power) who had three princes named Bahushakti(Great Power), Ugrashakti (Savage Power) and AnanthasShakti(Infinite Power), who were utter duds and showed no understanding of worldly wisdom. He finally came upon the great teacher and saint Pandit Vishnu Sharma who guaranteed to groom the boys to rule in a short span of six months. The princes were sent with the teacher, as was the practice those days to learn with the Guru(Hindu Spiritual Teacher). Since formal education was abhored by the princes the teacher set about telling stories and encouraged the students to question him. The stories themselves revolve around the court life but the main characters are animals, who talk like humans. The moral or the philosphy behind a tantra is composed in verse (to be memorised by the students in the absence of the written version). For instance:

A great friendship had developed in the jungle,
Between the lion and the bullock,
But it was destroyed
By a very wicked and avaricious jackal.”

Never trust a man
Who has always been your enemy
And suddenly turns friendly towards you.”
“Supress your enemy and diseases
At the very beginning,
Or they will become strong
And destroy you”

Fourth Tantra- Forfeit of profits
A man who does not lose his head,
In the face of calamities,
Shall overcome them,
Just like the monkey, in the midst of the sea.*”

Fifth Tantra- Action without due consideration
No wise man should follow the barber’s example
Pursuing what he has neither accurately observed;
Nor properly understood;
Neither correctly heard,
Nor sufficiently considered.”
*A favourite tale among children.

Conclusion
Social skills Curriculum must be included in the IEP of every child who has defcit in this area, actively addressing the issues we can ensure that the child has more friends and beter chances at integration in the mainstream. If intervened at the right time many a child can be saved from depression and drugs.