Overview of Autism and Asperger’s Syndrome 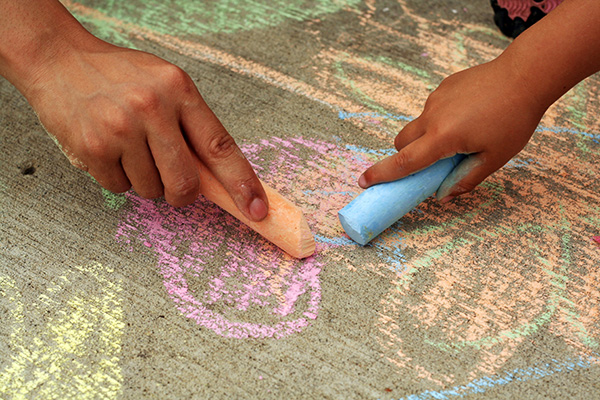 Autism is a word coined simultaneously by Leo Kanner and Hans Asperger, who were both trained inVienna. However it is Kanner who is credited with the disorder which describes children with self absorbtion, and aloofness manifesting severe behavioural social and communication problems.

50% of persons with autism do not develop meaningful communicative language. Children who are verbal often find it difficult to sustain conversation. Pretend and parallel play is impaired in children and are seen to lack the social skills to play spontaneously. Children with Asperger’s Syndrome though late in talking will talk fluently by age 5 years. Pragmatics of Communication is never fully mastered by them even in adulthood. Sometimes High Functioning Autism and Asperger’s syndrome are used as labels interchangeably.

Manifestation of autism
Some parents report normal development untill age three and then noticing regression, feeling of the child “slipping away”, and by age five the child displays autism. Kanner dscribed the childhood condition as “infantile” this condition persisits even in adulthood. It cnbe concluded that the onset is very early. Now age is not a criteria for diagnosis. Associated features include hyperactivity, motor behaviour, unusual responses to sensations, obsessions, self injurious behavour etc.

Cognitive abnormalities include distractibilty, deficit in motor planning, difficulty in grasping abstract concepts, overselectivity of stimulus etc. 70% of children with autism are impaired in cognitive thinking, children with Asperger’s Syndrome have intelligence in the normal to gifted range. As a diagnostic criteria AS is used only when the child does not meet that of autism.

Differential Diagnosis
DSM-IV has included several categories of Pervasive Developmental Disorders that are similar to autism; Rett’s Syndrome is diagnosed only in females and there is a deceleration of gowth, the most striking feature is handwashing gesture.

15% of the persons with fragile X Syndrome exhibit autistic like features. Landau-kleffner Syndrome also will exhibit many autistic behaviours. William’s Syndrome has manifestations similar to autism.

Now it is believed that vaccines (Measles component of MMR, Pertussis component of DPT) can cause autism. There is a growing concern that environment pollution and toxins could contribute to autism.

Neurological Correlates
With respect to brain structure, Dr. Bauman and Dr.Kemper have found that two areas in the limbic system; the amygdala and the hippocampus are underdeveloped. Using MRI scan Dr. Courchesne has found deficiency of Purkinje cells in the cerebellum. These two areas are responsible for emotions like aggression and fear. Areas responsible for attention are found to be smaller in size in persons with autism compared to “normals”.
With respect to biochemistry, many autistic individuals have elevated levels of seretonin and beta -endorphins, an endogenous opiate -like substance.

Sensory Impairment
Children with autism experience hypo and hyper sensory perceptions resulting in higher level of stress. The same child/person can exhibit the paradox, eg. The child may appear “deaf'” but could locate the sound of father’s car way ahead.

Theories of Autism
Autism is considered not as a single entity, the many theories as to what constitutes autism are incomplete and inadequate. Most early theories were psychogenic pinning the parents as the causative factor, following the decline of psychodynamic theory four new hypothesis came up; overarousal of the reticular system, perceptual inconsistancy associated with brain stem dysfunction, dysfunction of the limbic system, and that of left hemisphere. “Theory of Mind” refers to one’s inability to understand another person’s state of mind. One the one end you can have total “mindblindness” and on the other persons having the ability to be telpathic- read other’s thoughts. We normally fall in between. Children with autism and Asperger’s Syndrome appear to be rude and egocentric, this can be attributed to the Theory of Mind.

Intervention and therapies
Over the years many tradition and non traditional therapies and remedies have been tried in manging autism. The most widely prescribed medication is Ritalin a stimulant used to treat Attention Deficit Hyperactivity Disorder. Parents are advised go with caution while trying any drug, however attractively packaged, as no one drug has effectively cured autism. My advice to parents is since they have the best interest of their child they must check various sources and read the fine print. Parents have tried a variety of diets; often claiming dramatic results, Vitamin B6 taken with magnesium, has shown to increase general well being, awareness and attention. Di- methylglycine (DMG) also seem to produce the same results.
Applied Behaviour Analysis (ABA) is a widely used approach, currently renamed as Lovaas method. Visually Mediated communication is the basic tenet of TEACCH philosophy. Hyperacusis experienced by children with autism is often manifested by plugging ears and running/rocking can be greatly allieviated by Auditory Integration Training. Imbalances in integration in the Vestibular system, proprioception problems, hyperactivity and other Central Nervous System Dysfunction can be treated with Sensory Integration Therapy.

Social Skills training is a supported service the children experiencing autism and Asperger’s Syndrome require to function effectively in society. Social stories written by Carol Grey is a book which parents and practitioners will find useful.

Conclusion
Autism is still a puzzle, we have some of the pieces, we have to fit them together. Primary caregivers should not try to straight jacket the child in any methodology, it is better to learn from all the options, widen one’s horizon and most important of all listen to the child – accept him in totality.