Management of Autism, A Parent’s Perspective 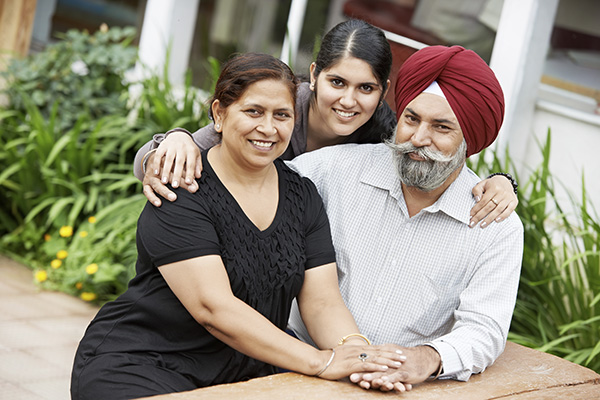 From a parents point of view managing autism means managing to handle its devastating effects on the children from childhood to adulthood maintaining hope throughout the journey. As no cure has been found for autism the parents have to struggle extremely hard to deal with the quixotic nature of this disorder on a daily basis. With no definite guidelines, no support system, no public awareness, no specialized services, it is an extremely uphill task for the parents to maintain hope and train these children to face this big bad world. However motivation for the parents comes from these children some of whom are extremely talented but lack specific skills to help themselves. The parents then take it as a challenge and fight tooth and nail to save their children from autism.

Generally for the parents management of autism begins by accepting the fact that the child would have delayed speech. So the hurdle begins by teaching the child to be aware of himself as an individual and as a first step all possible methods are used to teach him communication so that others can understand him and respect his wishes. A two-year-old may manage without communicating much but a bigger child who cannot communicate suffers from frustrations we can only imagine. But teaching the child verbal language and motivating him to speak on purpose are the most challenging jobs for the parents. Many children with autism fail to communicate verbally even though they can speak. There has been a case where the child who could memorise long sentences found it difficult to say yes when asked whether he wanted a coke. Here, it is very hard to find a speech language pathologist who has the experience and expertise to work with autistic children and teach them verbal language to communicate effectively. As a parent I have realised that conventional speech therapy is of very little use to teach language to these children. In the western countries there have been reports of teaching communication to these children using alternative nonverbal methods e.g. sign language, picture exchange communication, electronic devices and facilitated communication. Since I was absolutely sure that I wanted my son to communicate I taught him to write and read (in that sequence) continuing with the exercises to develop his verbal language. Initially he needed physical support to write but very gradually he started writing on his own. He then began to communicate through writing and we were amazed to find that he is just like any other kid with all the desires, curiosity, emotions and observations.

He still has a long way to go as he cannot write on his own and has to be told to write about anything concerning him.

The second major issue is the management of behavioural problems. Children with autism show repetitive and stereotyped patterns of behaviour including ritualistic motor mannerisms e.g. hand or finger flapping or twisting, preoccupation with restricted patterns of interest that is abnormal, persistent preoccupation with parts of objects and temper tantrums. These behavioural peculiarities are formed probably due to the lack of social interaction, inability to deal with external stimuli, failure to develop a relationship and inability to convey messages due to the absence of spoken language or an attempt to compensate through alternative modes of communication such as gesture or mime. As a parent I have realised that they too react to the changes in the surroundings e.g. changes in the behaviour of the family members, some tension in the family, verbal abuses etc. Since they are unable to control these changes in the surroundings as they want they feel frustrated and stressed and their feelings are manifested by the bizarre behavioural patterns. My son finds the world very chaotic and people very cunning. He has been throwing tantrums since an early age. He is quite stubborn and if he does not like something he still expresses his anger by biting hand, screaming and crying. Of course he becomes calmer once he writes what he is upset about. Though the reasons are often funny to us they are nevertheless very important to him. We then try to explain the things to him using written text, drawings and social stories. I would like to mention here what he wrote on various occasions why he behaved in a certain way:

“too much dormant depression make me angry”

“too much noise, too much talking, ill behaviour, too much study make me angry”

Here is a poem written by him that beautifully describes the reasons behind his mood swings:

but for god sake

and you merely see mood vanity

The last and the most disturbing issue before the parents are the sensory disorders. Our senses are designed to help us understand life experiences. Sight, smell, touch, hearing and taste act as our guides. Individuals with sensory disorders have inaccurate guides sending them faulty or exaggerated messages. Some people have hypo-sensitivity which prevents them from picking up cues from their senses and some have hypersensitivity which causes them to overreact to stimulation. A child with hypersensitive hearing will hear sounds you and I don’t hear or choose not to hear. These sensory problems are so common within autism that if a child without sensory issues comes for diagnosis he or she may be diagnosed as non-autistic. Certainly there are varying issues and degrees of severity, but majority of children with autism have at least one sensory issue. Another aspect of sensory malfunction is the inability to understand and organise sensory information once it is received.

My son struggles with sensory issues. He used to scream, cry and used to stand still suddenly in the middle of doing some activity. We understood his problems not through any professional but only when he wrote “I hear very loud sound something like t-t-t-t-t-t. The voice of my teacher, sound made by the fan, the sound of a moving train are very painful to my ears.” He wrote to his teacher “please pin down your voice and don’t shout as I have pain in my ears”. On the other hand he loves to hear his father’s soft voice, sound of raindrops falling and melodious old hindi songs. We can well imagine what the parents go through when the child suffers from such issues and is unable to express it. We tackled our son’s hearing problem to some extent by giving him magnesium as it has been reported that magnesium deficiency can cause sound sensitivity. We also tried to expose him to different sound levels.

He also has tactile issues that developed so gradually that we did not recognise them initially. Trying to get his haircut was a test for our patience as it used to take hours. He did not like the touch of the cold metallic scissors on his skin. Though he cooperates with the hairdresser now he still resists a haircut and hates when a brush is used to remove the hair-ends from his neck. He also makes a fuss when it is time to cut toe and finger nails. He refuses to sit on a metal stool if it is not covered by a piece of cloth. He wrote that he feels as if some hundreds of pins are piercing his body when he sits on the metal stool. Once he started communicating it became a lot easier for us to understand his sensory difficulties. We don’t insist on something if it is painful for him. We don’t know how to cure his sensory disorder but we can definitely help him by carefully structuring the environment and desensitising his organs. Luckily we have not found any taste, olfactory and visual sensitivities in him. Earlier he had moderate vestibular sensitivity (hypersensitivity to movement and gravity) and needed to jump up and down at the same spot for relaxation. Now he has overcome the need to do so many times a day.

Management of these issues are very important, because as a result of the sensory disorder the child becomes more unsocial and aggressive in order to save himself from the stimuli. He may not like to go to some places where he cant tune out background noises e.g. railway station, markets and malls, crowded parties etc. A mother told me that her son lies down on the floor and screams when the family goes to McDonalds. The child is unable to communicate what troubles him there. We had to face similar problems but very gradually through counselling, social stories and repeated short visits to these places they were solved and now my son looks forward to go to malls, circus and movies.

There are some related issues that we found very difficult to manage initially. He has dental problems and for this we have to take him to the dentist often. Those are the occasions when he forgets all the manners and behaves oddly. He is gripped by a terrible fear when he waits for his turn in the clinic. Since the majority of the dentists have no idea what autism is and why the child behaves in this manner the whole exercise becomes very frustrating for the parents. So when we explained autism the doctor was very cooperative and in fact suggested to bring him often to the clinic so that the child gets familiar with the place and the apparatus. It proved so successful that my son now considers him as his friend and allows the doctor to do his work (filling up cavities) without much resistance.

Hyperactivity and very short attention span are two important issues that need to be addressed by the parents and teachers as these hinder the child’s learning process. Many parents consult specialists to reduce hyperactivity in the autistic children. As a parent I feel before trying any drug we should bring about changes in their dietary habits. In fact a whole lot of information is available on how diet and nutrition can play a major role in treating hyperactivity, poor concentration and autism-related problems. Many children with autism have trouble in digesting certain proteins especially gluten and casein which are present in wheat and milk. Also some children have food sensitivities and food allergies. Food sensitivities have a variety of symptoms including physical and behavioural problems such as headaches, stomach-aches, feeling of nausea, bed-wetting, excessive whining and crying, sleeping problems, hyperactivity, aggression, temper tantrums, fatigue, depression, intestinal problems, ear infections and seizures. Though we never tested our son for food allergies, but removal of wheat, dairy products, artificial colours, preservatives and sugar from his diet did wonder to his earlier problems of hyperactivity, lack of concentration, very poor eating habits, and development of language.

Zubin has yet to accomplish many things but when I look back I realise that he has improved tremendously and is learning to cope with his deficiencies. He writes as though ha has accepted autism.

I feel very proud to finish my talk with a beautiful poem written by him:

no use no more nightmares

I utilize my nights with care

dreams come in my sleep

I have promises to keep